Click here for a downloadable version of the Historical Tour. 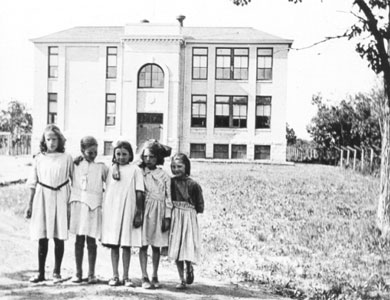 J. B. Mitchell designed many Winnipeg schools. He was noted for innovations that made schools safer, healthier and more efficient. The Julia Clark School, built as an orphanage in 1914, had 4 classrooms with playrooms in the basement. The complex eventually became a part of Deer Lodge Veterans’ Convalescent Hospital after World War II, and then The Assiniboine Residential School for Indian Children in the 1950’s. The school is now an office building.

Click here to learn more about The Julia Clark School. 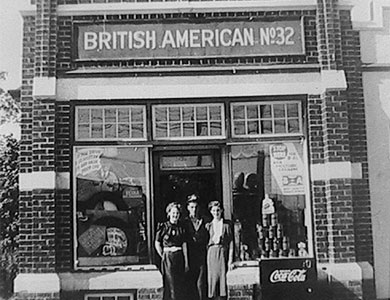 Formed in 1906, the British-American Oil Company began by distributing kerosene and lubricating oils in Toronto. It later purchased the Winnipeg Oil Company in order to expand onto the prairies. In 1926, BA built British American No. 32 at the corner of Academy Road and Wellington Crescent. BA chose a “cottage” design for Station No. 32 with elaborate English Tudor brick and stone detailing. The original building had 2 service bays offering automotive repairs in addition to selling gasoline. 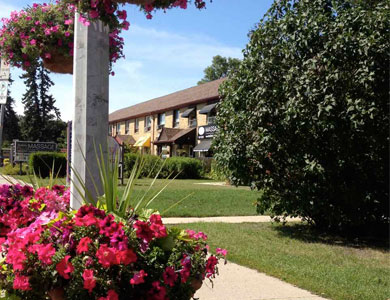 As Academy Road expanded westward a unique complex of row houses were built at Academy Road and Lanark Street. The buildings are notable for their extensive use of tan coloured “Estevan Brick”, and double wooden porches. The houses have now been converted to commercial spaces. 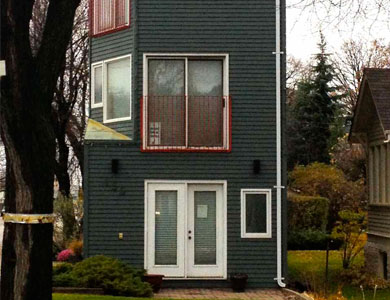 A slender and tall house erected on a thin site, 155 Campbell Street possesses a row house aspect which bridges its quiet, residential Campbell Street and the busier, adjacent Academy Road. A variety of window forms lend a sense of dynamism to the wide south elevation, which is further broken-up by means of an inset side entryway and vertical chimney form. Red metal accents and porthole windows lend a ship-like mein. © Winnipeg Architecture Foundation, Inc. 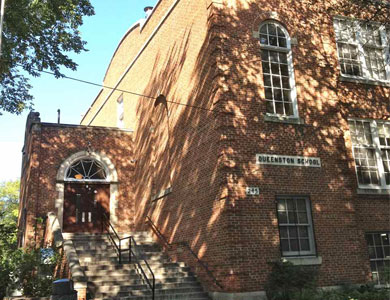 A picturesque school designed by one of Winnipeg’s most prestigious and prolific architectural firms. 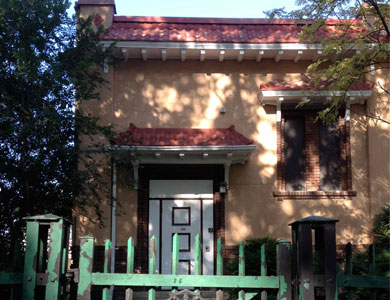 The Telephone Exchange Building is an example of Spanish Colonial Revival architecture, popular in the 1920’s. Red-tiled roofs are found along the top of the building, over the front door and above each window. The design of the Telephone Exchange attempts to make the building blend in with its surrounding neighbourhood as “Exotic” Spanish style architecture can be found on many of the area’s residences from the same period. 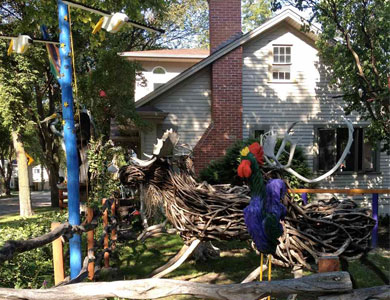 Q: Where can you find moose, pelicans and roosters in River Heights?

A: Surrounding an artist’s house on Grosvenor Avenue. 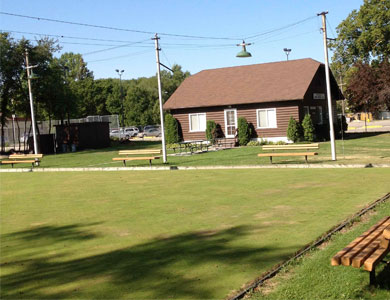 Lawn bowling was an extremely popular sport throughout Canada in the late 19th century. The River Heights Lawn Bowling Club has been an important part of life in the area for over 75 years and is a well known landmark in the neighbourhood. It stands as the oldest and most intact lawn bowling clubhouse in the City of Winnipeg. 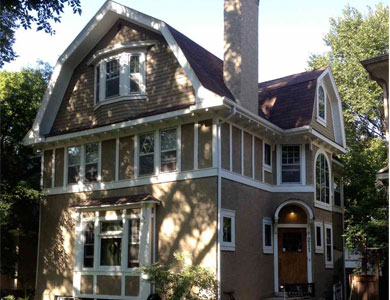 A beautiful example of Dutch Colonial Revival Architecture, a style popular at the turn-of-the-century. The house is distinguished by its gambrel roof, decorative siding, symmetrical facade with an asymmetrical side entrance, and decorative stained glass. 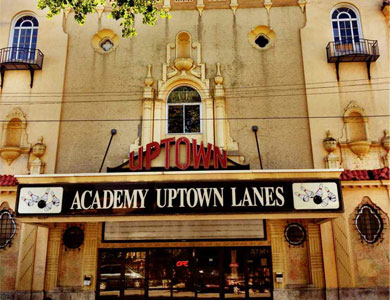 In the 1920s and 30s movie theatres became attractions in their own right, heightening the sensationalism of the architecture as architects combined design elements with abandon to create the right fantasy. The Uptown Theatre, a reincarnation of a Moorish town, represents one of the best movie houses in Winnipeg from that golden era. A special effects machine, controlled by the projector room in the balcony, made stars twinkle in the ceiling, and a small aeroplane to fly through moving clouds. On opening night, chauffeurs parked patrons' cars and klieg lights lit the theatre and the sky. At the time of its opening in 1931, the Uptown Theatre was by far the largest building on Academy Road and continues to define and dominate the streetscape.

Click here to read more about The Uptown Theatre. 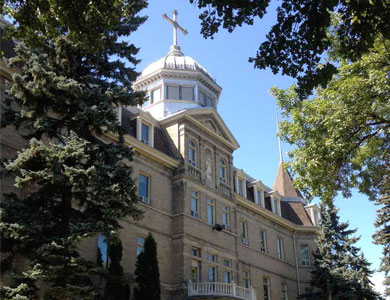 Academy Road was named for St. Mary’s Academy, a long-established private girls’ school, which still lies at the Eastern end of the street. In 1874 Archbishop Taché recruited the Sisters of the Holy Names of Jesus and Mary to build the school on a $6000 tract of land in the bush south of the Assiniboine River. The new Academy was an elaborate U-shaped structure, four stories high with solid brick walls and a mansard roof. The top floor was one large dormitory for students. On September 6, 1903 the school opened with 27 Sisters, 148 boarders and 48 day students. 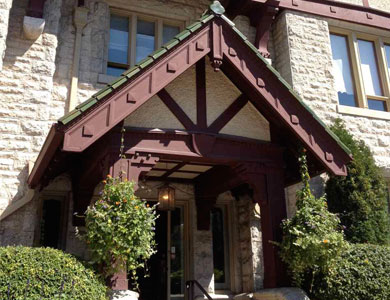 This great mansion at 529 Wellington Crescent was built as the private home of the J.H. Ashdown, one of the city's foremost citizens, a millionaire, and the "merchant prince" of a virtual empire in the hardware track. The house is notable for its squared limestone walls. Half-timbering details the dormers and under the gables on the third storey. Besides the front door, a second set of doors led under a porte-cochere which remains on the west side of the building. The garage behind the port-cochere was somewhat of a technological marvel. When a car entered the garage, it could be turned 180 degrees to face outward by the use of this round-house floor.

Click here to learn more about the J. Ashdown House. 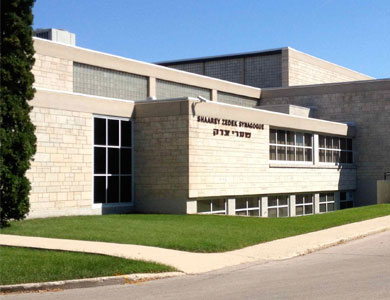 Formal and understated in character, the building is designed as a set of low-profile, connected masses, clad in Tyndall limestone. The prominent front vestibule and lobby projects from the front elevation, seated atop a large concrete pedestal, alongside an unornamented Menorah. Entrance into the Tyndall-clad, double-height lobby is through two large, carved, wooden doors. Exaggerated mullions divide expanses of clear glazing at the primary entrance; glass block and glazing with extruded aluminum frames complete the other elevations. © Winnipeg Architecture Foundation, Inc.

Click here to learn more about the Shaarey Zedek Synagogue. 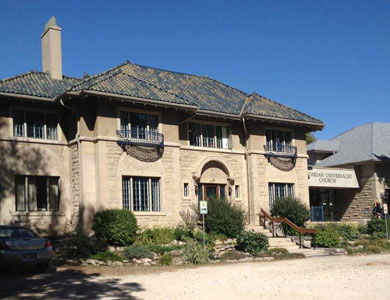 H. W. Hutchinson came to Winnipeg in 1882 as a bookkeeper. By 1900 he was President of F. A. Fairchild & Co. and eventually became Vice-President of John Deere Plow Company when it bought out his company in 1907. The Hutchinson family lived in the house until 1926. In 1997, it was sold to the First Unitarian Universalist Church of Winnipeg. With its new annex on the East side, the original house is an example of adaptive re-use of an historical residence. 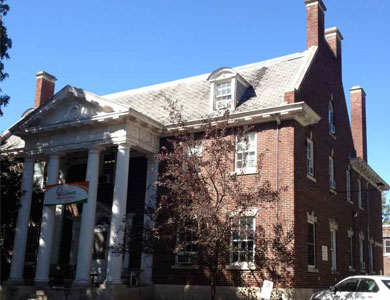 E. E. Hall bought this home five years after it was built and lived there until 1939. Hall was a major Saskatchewan land developer, grain dealer and banker. In 1948, the house became the nurses’ residence for the Shriners’ Hospital which was constructed next door. 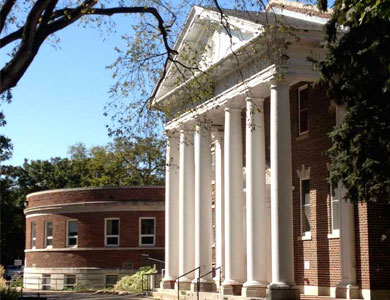 The Shriners are a high order of Freemasons. In 1920, the Shriners turned their attention to the plight of crippled children, and became one of the greatest sources of charitable funding in North America. Twenty-one Shriners' hospitals exist across the continent, as well as burn centres and financial support for medical research. The Shriners opened their wing of the Children's Hospital in 1925, and built the Shriners' Hospital on Wellington Crescent in 1948, just in time for the polio epidemic. The Shriners' Hospital has now been taken over by the province, but the local Temple continues to support research as well as assisting in the purchase of artificial limbs and in travel expenses for crippled children.

Click here to learn more about the Shriners' Children's Hospital. 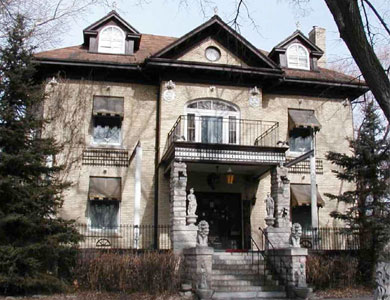 W. A. Windatt was the President of The Windatt Coal Company and lived in the house until his death in 1924. Mr. Hugh Phillipps occupied the house ca. 1928. Phillips had been the “Special Prosecutor of all strikers in the Winnipeg General Strike of 1919”. 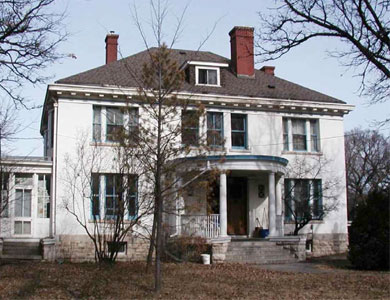 John Leslie was a prominent furniture dealer and lived in this house until the late 1910s. 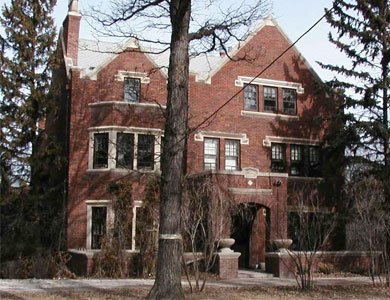 Jeremiah Robinson moved to Winnipeg in 1882 and opened a Men’s and Women’s clothing department store at Portage & Main. By 1928, his business covered over half an acre of land on three storeys of building. Robinson lived in this house until the late 1920s. The house was purchased by Henry W. Manning, Vice-President of Great West Life Assurance Company. 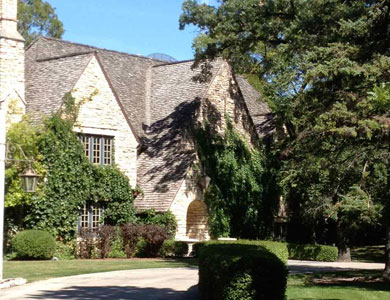 One of the best surviving examples of the opulent residences built by Winnipeg’s “Grain Barons”. 761 Wellington Crescent was built by Norma Lawrence Leach who was born in Toronto and commenced a career in the grain industry in 1909 when he joined the National Elevator Company in Winnipeg. Leach worked for firms such as Searle Grain, Home Grain, Northland Elevator, Grain Insurance and Guarantee and eventually became a director of the Royal Bank of Canada. He also served as a Director of the Manitoba Sugar Beet Company and was President of the Winnipeg Grain Exchange from 1920 - 1921. 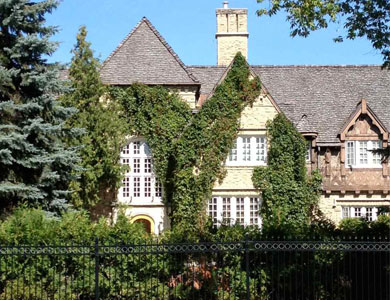 This house’s first occupant was James M. Gilchrist but it is better known for its second owners Gilbert and Marjorie Eaton who were members of the famous department store family. 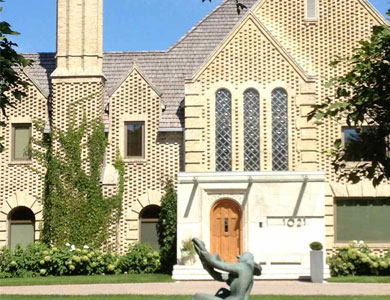 1021 Wellington Crescent was the creation not of a grain baron but a developer, F. R. Lount. The building was a prime example of Norman Tudor Style architecture which emphasized large rusticated chimneys, small windows, brick detailing and a steeply pitched roof. 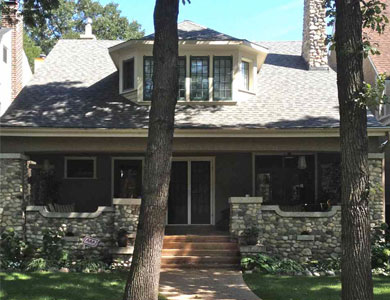 R. A. Sara came to Winnipeg in 1911 to become engineer of the City of Winnipeg Light and Power Department. His residence is marked by a large wrap around porch made of natural river-washed stone. 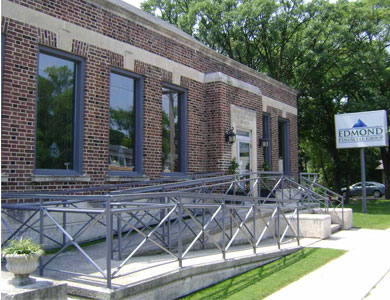 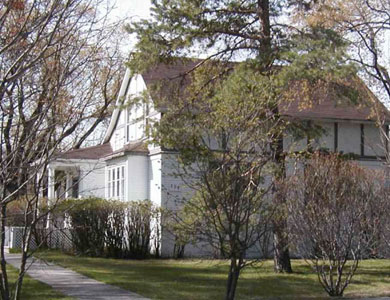 694 Academy Road precedes any other Academy Road residence. In 1905, 3000 acres of farmland were purchased from the Wright family for $540,000 and would become the Town of Tuxedo. Another parcel was purchased by the Province of Manitoba for an agricultural college and is now the Asper Jewish Community Campus, 1 block West.